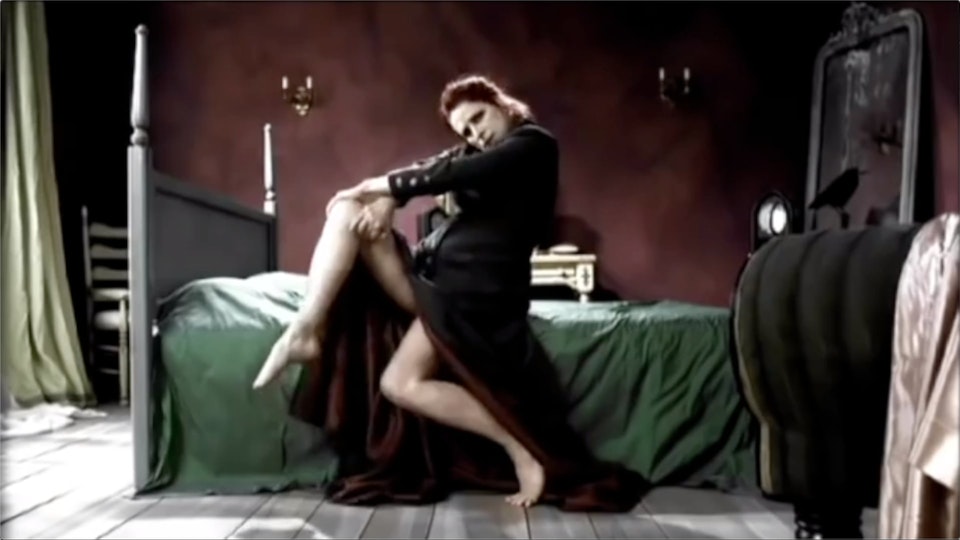 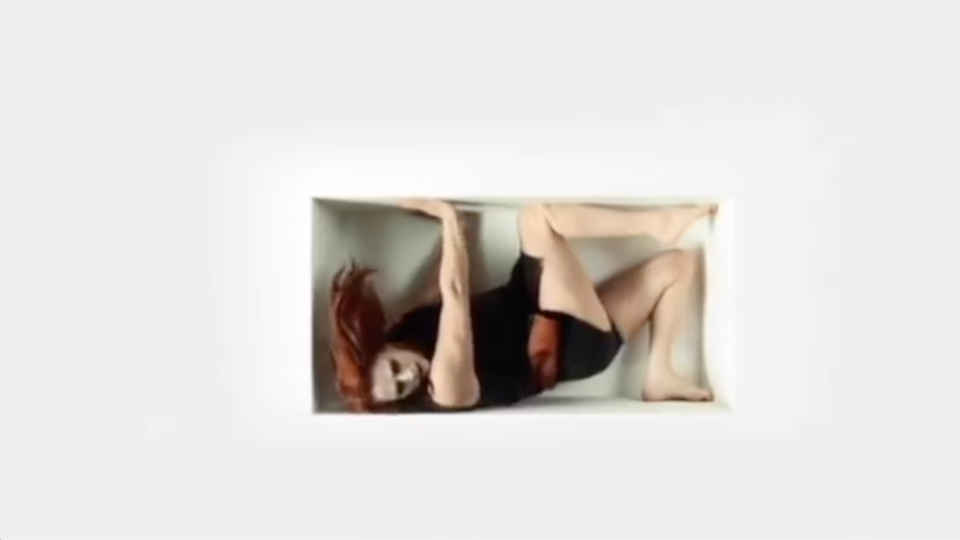 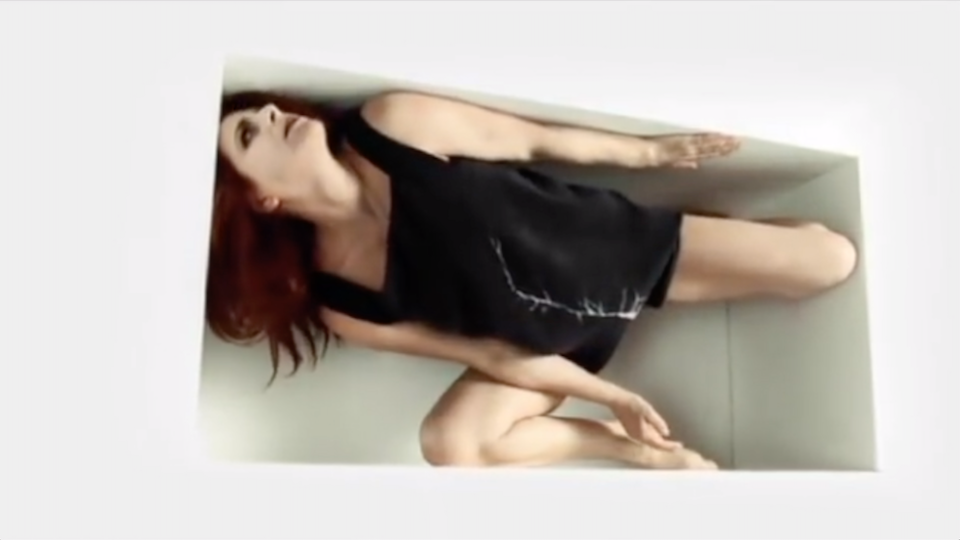 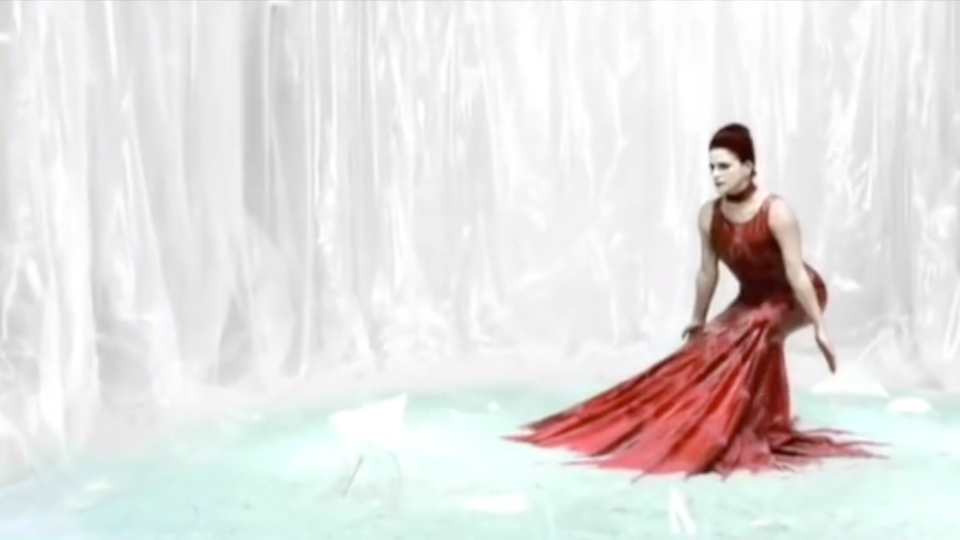 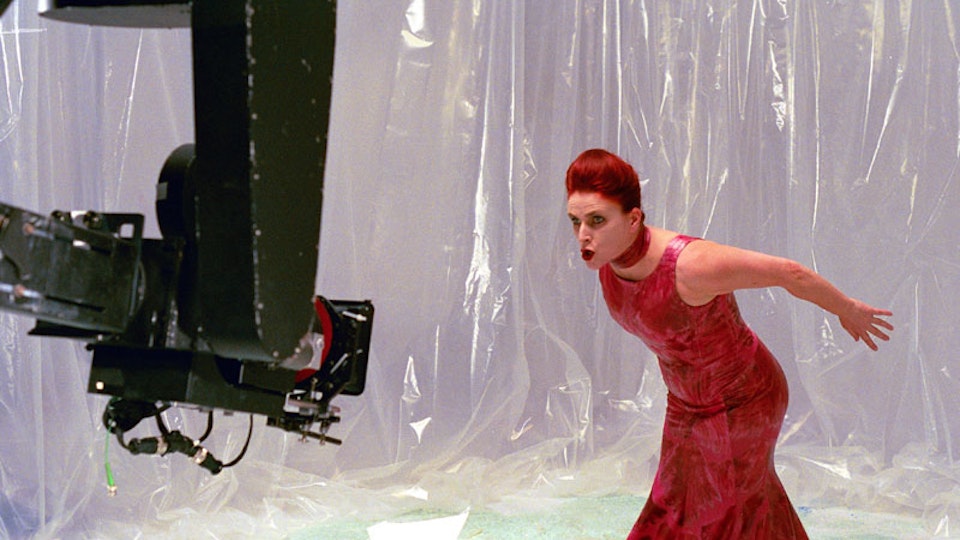 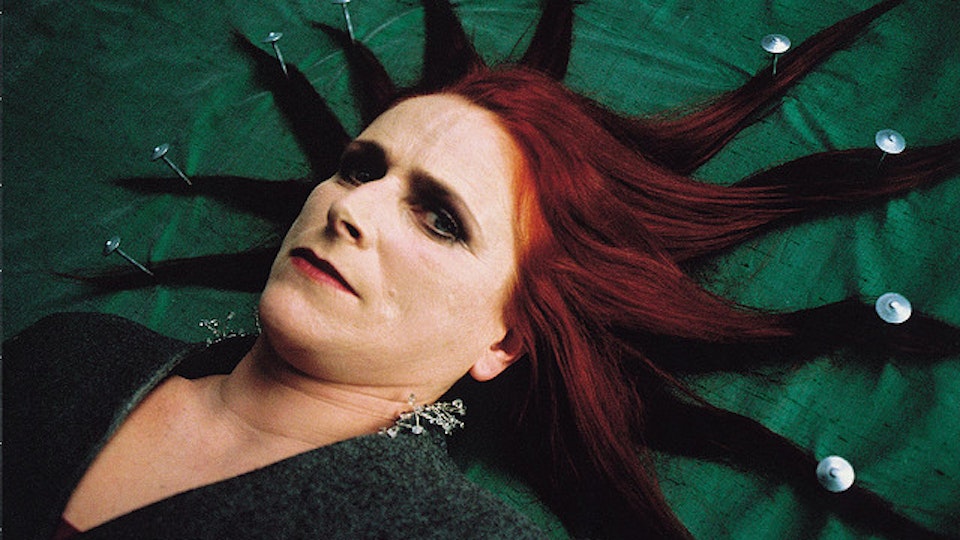 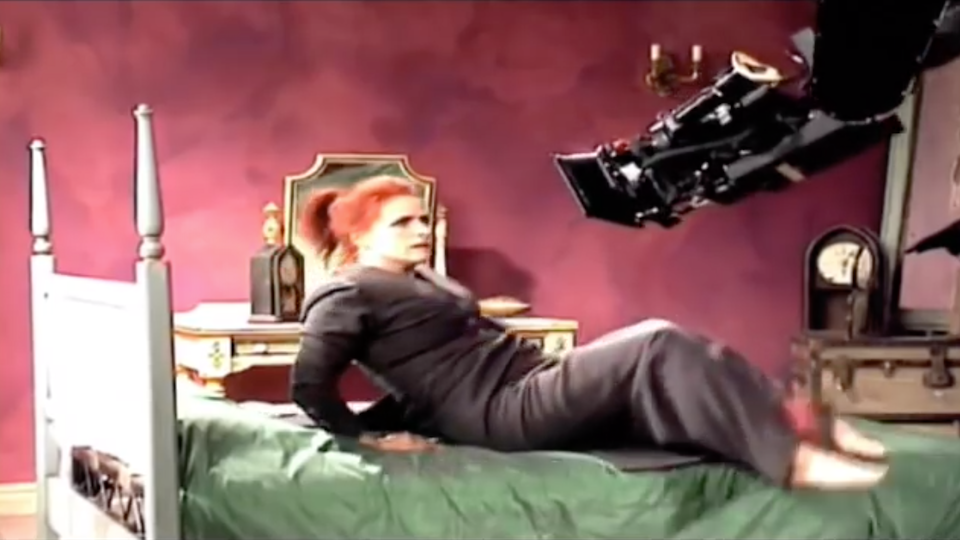 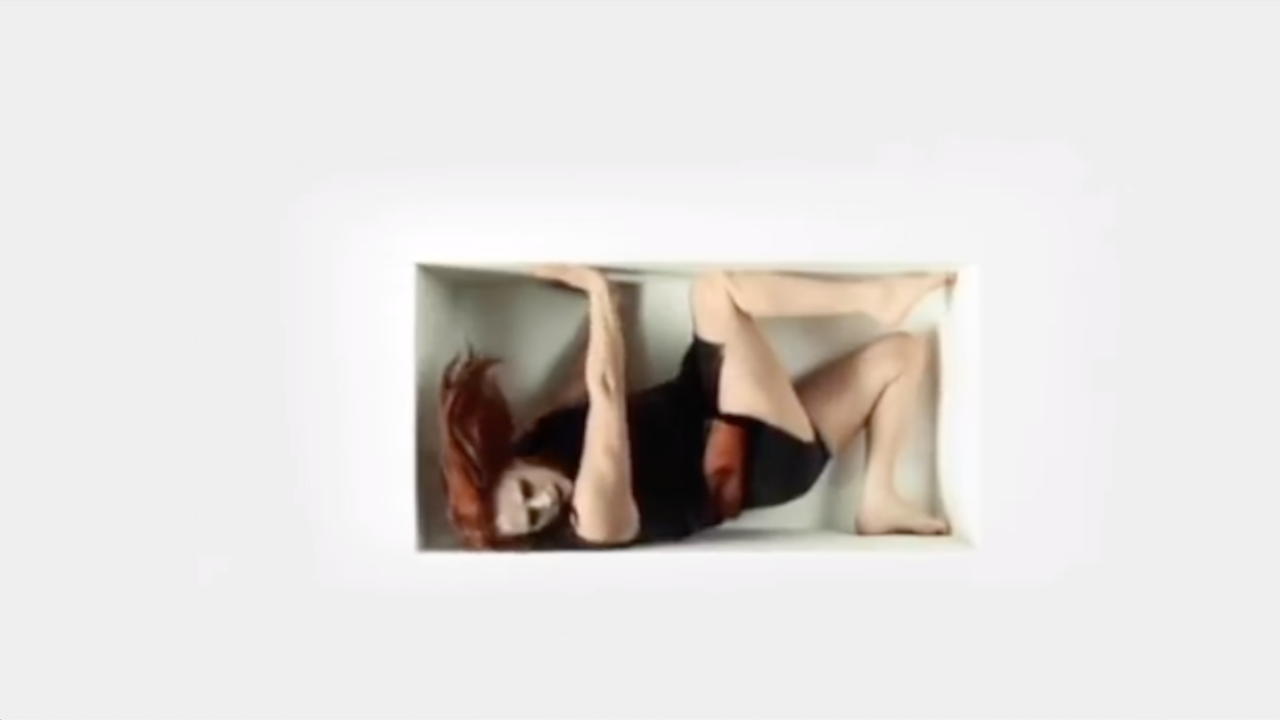 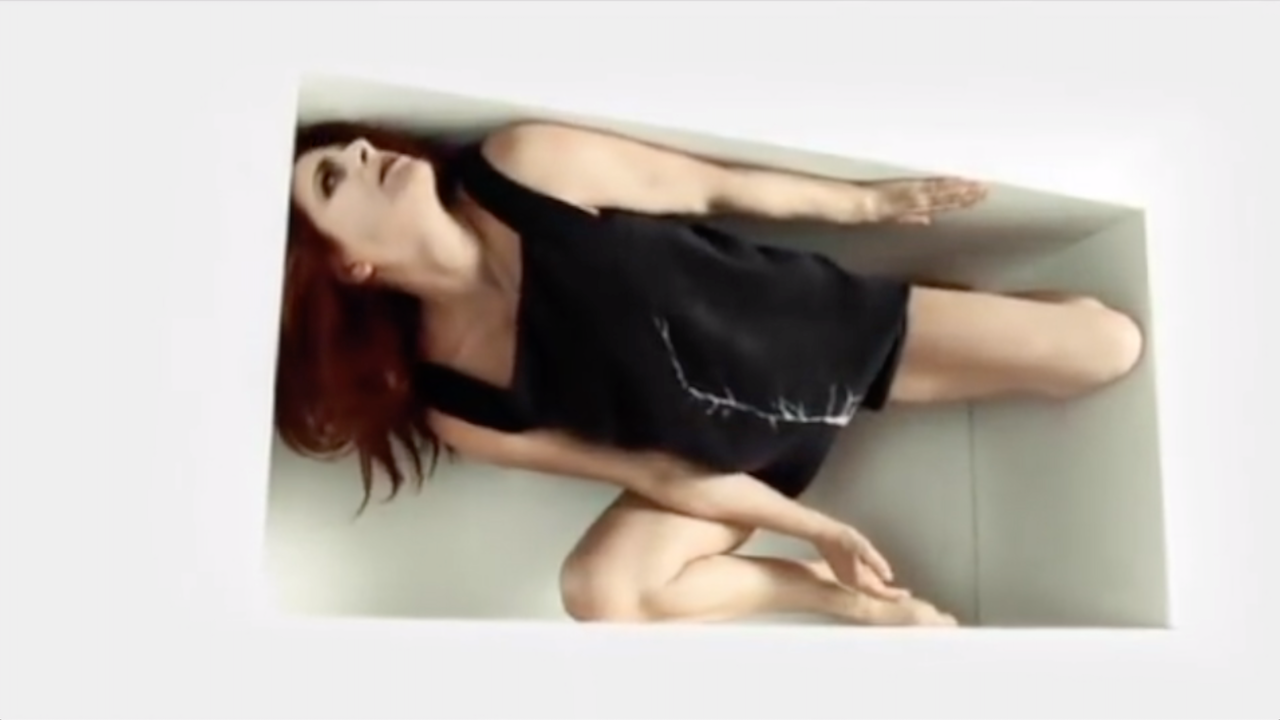 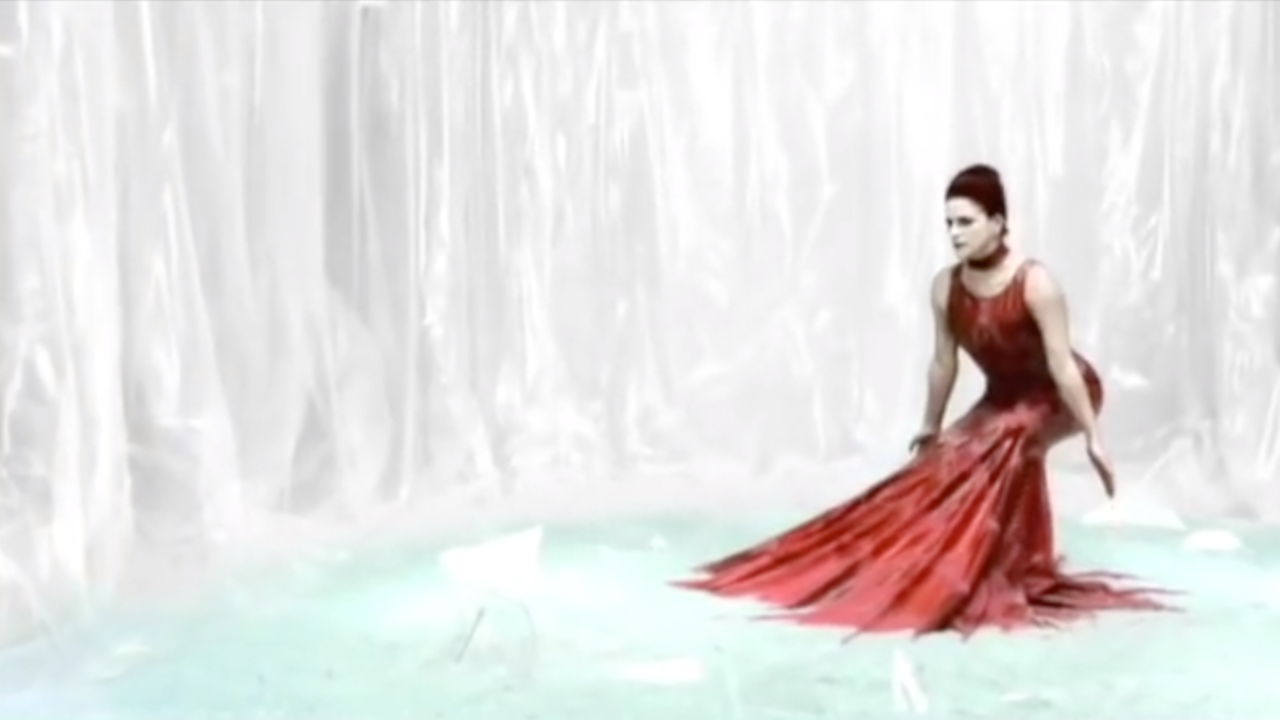 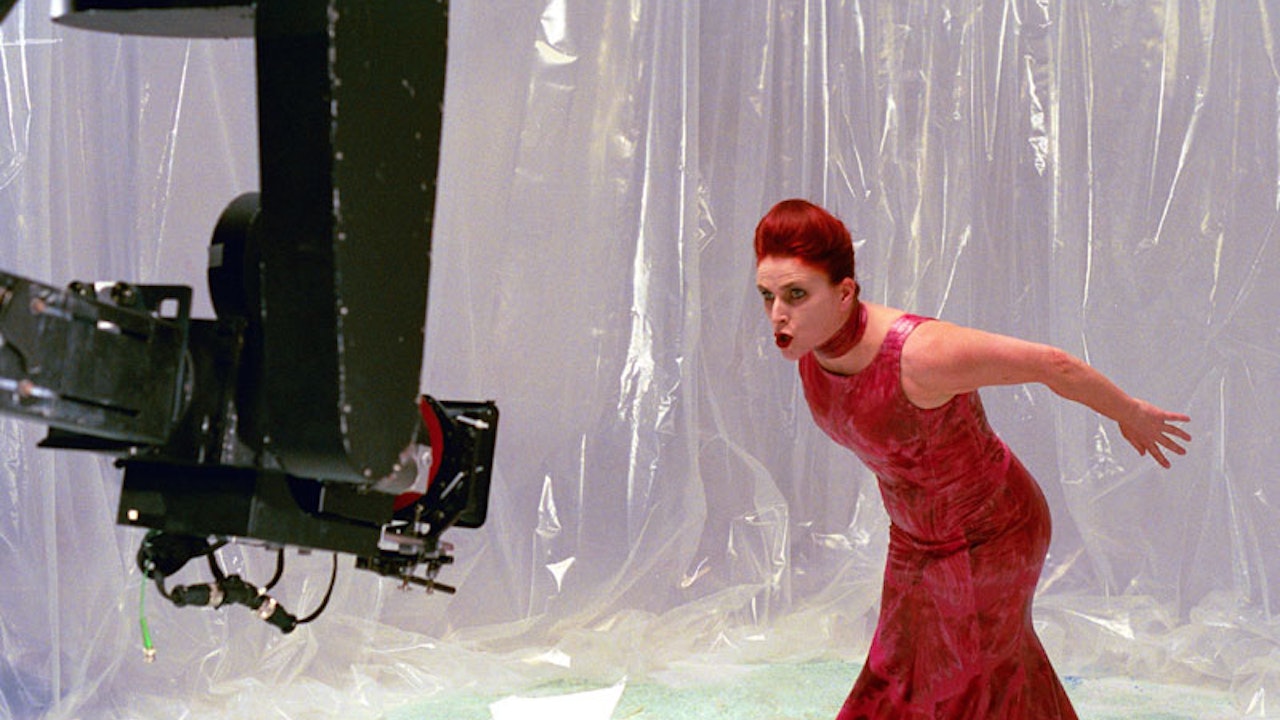 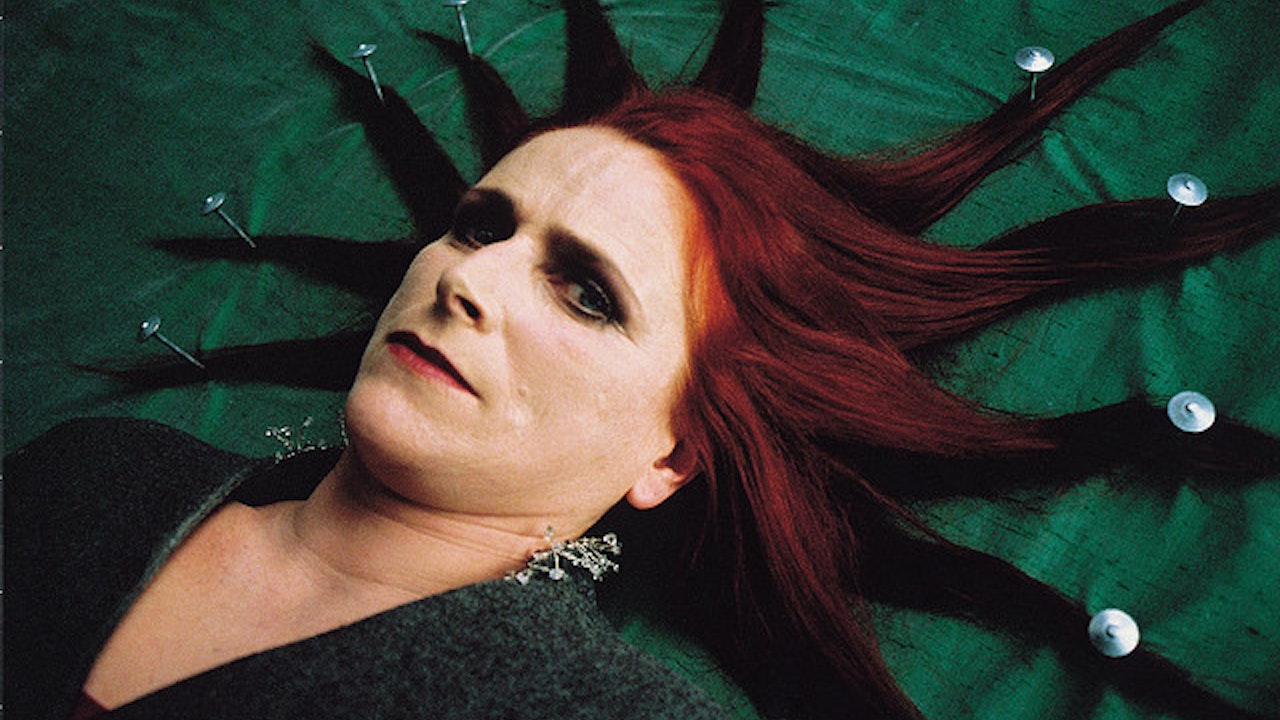 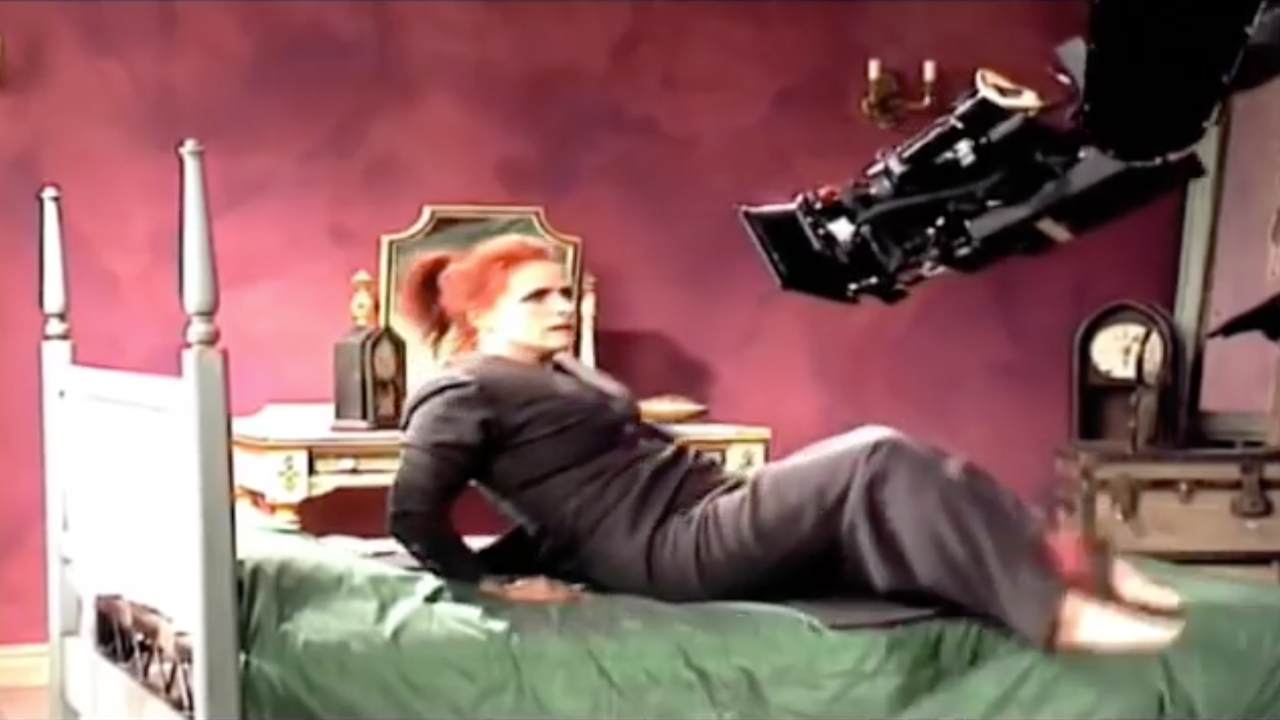 Motion Control was produced with an Arts Council England / BBC Dance for Camera Award and examines the synergy between camera and performer.
The film is notable for hyper-sound Foley score overlaid with text and electro-opera.
Motion Control concerns itself with a dynamic partnership between computer operated Motion Control camera, and performer. This screen dance film tests the boundaries of dialogue between camera and performer, camera and space, camera and sound and has raised the profile internationally of screen dance from the UK and in particular from Brighton.
It has received numerous international awards, worldwide screenings and continues to tour to
international film festivals and is included with Forward Motion, Take7 compilation packages.

The iconic ‘red dress’ image featuring Professor Aggiss has been used worldwide as publicity for screen dance the art form.